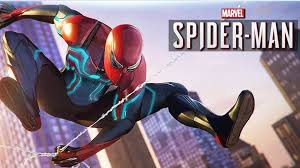 The third suit of the Spider-Man suit pack given for preordering the game has been revealed. While Punk Spider-Man had already been confirmed, as well as Avengers: Infinity War's Iron Spider outfit, Velocity Suit Spider-Man rounds out the package with its this announcement. The suits are only early unlocks for preorders, but anyone who has the game will be able to earn them later, but if you want the suits from the moment you launch the game, the preorder pack is what you want. You can check out a trailer for all three suits below.


Since 2008 I’ve wanted work with @Adi_Granov. I finally got a chance to do that. His work exceeded my expectations. This is the third pre-order suit, the Velocity Suit. The team making this game and the game itself is truly amazing. #SpiderManPS4 #MarvelSDCC pic.twitter.com/AT4m8JCq0V
— Eric Monacelli (@ermonacelli) July 19, 2018