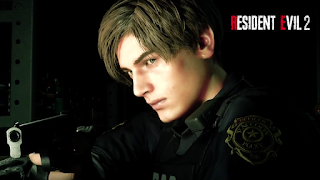 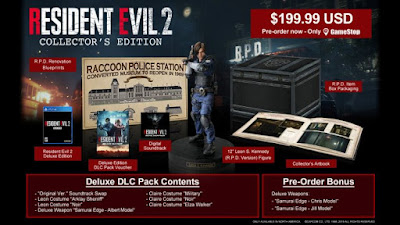 Resident Evil 2 Deluxe Edition
Give Leon and Claire a new look or a blast from the past with unique costumes:
Ensure the undead stay undead with a special weapon:
And bring on the nostalgia with classic tunes:

The Resident Evil 2 Remake Releases in January 25, 2019 for PlayStation 4, Xbox One and PC.