Nintendo president Tatsumi Kimishima has told investors that both systems can coexist together. Sales of the Nintendo 3DS remain strong despite being older 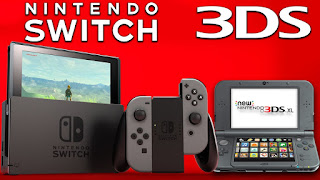 hardware and it has received numerous revisions and is likely to have some more. Here’s what Mr. Kimishima had to say about the Nintendo Switch and Nintendo 3DS.
“Consumers purchased Nintendo 3DS systems in numbers we expected last fiscal year. It has an ample software lineup at a price point that makes the system affordable especially for parents looking to buy for their kids. We expect that demand to continue during this fiscal year as well, so we will continue to sell the product.
Given that Nintendo Switch is a home gaming system that can be taken on the go, this situation may change if it grows from being a one-per-household system to a one-per-person system. But the price of Nintendo Switch is not something with which most parents would buy a system for every one of their children in a short period of time. Moving forward, we will work to ascertain what kinds of play people want at which price points, and as long as there is such demand, we will continue to sell the Nintendo 3DS system. I see the product coexisting with Nintendo Switch at this point in time.”