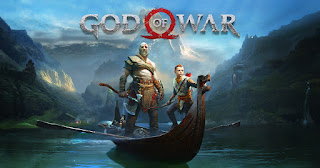 Sony has revealed in a blog post that God of War has sold over 3.1 million copies in 3 days, becoming the fastest-selling PS4 exclusive:
"One of PlayStation’s most iconic series is reaching new heights this week. Thanks to all of you, our fans, God of War has become the fastest-selling PS4 exclusive, with more than 3.1 million units sold globally in the first three days (April 20–22).
When we first revealed God of War less than two years ago, we knew we had something truly special. Fans reacted with tremendous excitement to this bold reimagining of the franchise, and we were thrilled to explore the unique father-son dynamic between Kratos and Atreus. Fast-forward to present day with the game’s release, and we are humbled to see such positive reviews."