The ESA Responds To Hawaii's Proposed Bills On Loot Boxes 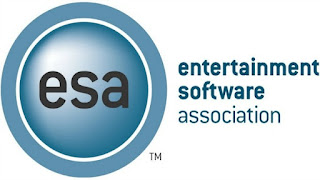 The state of Hawaii has proposed legislation that would liken loot boxs in video games to gambling in terms of the level of "psychological, addictive, and financial risks."
The first pair of bills aims to prevent the sale of games that randomize digital rewards to consumers under the age of 21, while the second pair of bills would require that publishers disclose probability rates of obtaining certain items. This legislation has the potential to greatly affect games across the industry, ranging from free-to-play titles all the way up to full-retail juggernauts like Overwatch, Destiny 2, and Star Wars: Battlefront II. The Entertainment Software Association responded to this proposed legislation through a statement provided to GameIndustry.biz. In the response, the ESA spokesperson affirmed its commitment to industry self-regulation.
"As an industry, we take our responsibility to consumers very seriously and continually work to create greater awareness and transparency about the wide range of in-game experiences," the spokesperson told the outlet. "We strongly believe that the industry's robust, self-regulatory efforts remain the most effective way to address these important issues, and that system has a proven and long record of doing so. Some consumers and parents may have questions about how loot boxes work, and ESA has demonstrated a commitment to providing information to guide consumers, especially parents, in their purchase decisions."


Another Hawaii state representative Sean Quinlan came out in support of Lee's proposed bills, saying that this legislation differs from past attempts to regulate violence in video games in that it wouldn't affect the content in games, only a specific mechanism by which content is delivered. "If even mature and intelligent adults are falling victim to these mechanisms, how are kids expected to respond?" Quinlan told GameIndustry.biz.
Posted by 9To5TechNews at 10:16 PM