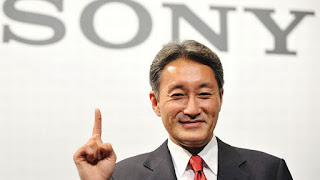 Sony President and CEO Kaz Hirai has announced that he is stepping down as CEO on April 1, 2018, 6 years after he initially accepted the positions. He is being replaced by Kenichiro Yoshida, Sony's CFO. Hirai will transition to a new role within the company as director chairman.
"Ever since my appointment as President and CEO in April 2012, I have stated that my mission is to ensure Sony continues to be a company that provides customers with kando – to move them emotionally – and inspires and fulfills their curiosity," Hirai said in a statement. "To this end, I have dedicated myself to transforming the company and enhancing its profitability, and am very proud that now, in the third and final year of our current mid-range corporate plan, we are expecting to exceed our financial targets."