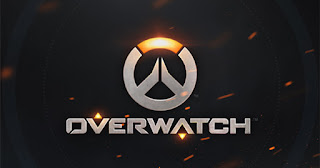 It looks like Blizzard is at is again and is teasing the 27th hero for Overwatch. In the tweet from the Overwatch account, the caption reads "[DECLASSIFIED] After-Action Report: Operation 'WHITE DOME'."
The actual text for the tweet:
“Strike team under the command of myself, CAPTAIN ANA AMARI, was deployed to the outskirts of Istanbul, Turkey to deal with a remaining pocket of omnic resistance. Personnel included Lieutenant Reinhardt Wilhelm, Chief Engineer Torbjörn Lindholm, and Private First Class Emre Sarioglu. After routine insertion, the team was ambushed, taking heavy fire from the entrenched combatants without casualties, the battle resulted in serious injuries to Lindholm and lesser injury to Lt. Wilhelm. Had it not been for Lt. Wilhelm's timely intervention, it is likely that Lindholm would have been killed. Due to conspicuous bravery on the part of Lt. Wilhelm, I am suggesting a commendation for his actions.”
The new name, Private First Class Emre Sarioglu, appears to have been a part of Ana, Reinhardt, and Torbjörn's squad. Thoughts ? Is Sarioglu the new hero ?

A previously unpublished letter by Torbjörn Lindholm is now available to read in our Lore Update blog.

“I'll knock some sense into you!” pic.twitter.com/WIg2xCQZ0h
— Overwatch (@PlayOverwatch) February 26, 2018