Microsoft Rumored To Be Looking At Purchasing Electronic Arts 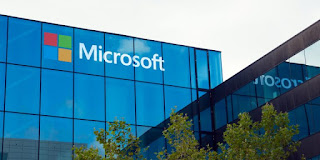 According to Polygon, Microsoft may hope to solve its exclusive software issues by acquiring Electronic Arts among other companies. The information comes nestled within a broader discussion on Microsoft's software portfolio, but Polygon claims that the mega-publisher is one target among several for Microsoft to acquire.
"Some of the names being thrown around as possible acquisitions by Microsoft are, frankly, astounding, even unthinkable," the article's author Colin Campbell writes. "But the fact that they are doing the rounds is instructive. The most recent one we heard (from a reliable source close to Microsoft) was, in fact, Electronic Arts. We also heard a whisper about Valve and about Korean outfit PUBG Corp., which Microsoft last year signed to a timed exclusive for its hit survival shooter, PlayerUnknown’s Battlegrounds."


The possible options here are somewhat mind-boggling. Picking up Electronic Arts would be one of the biggest acquisitions in the gaming industry's history and would so massively shake up the market that it is hard to even conceive of what the industry would look like afterward. I don’t see Valve being purchased by another company but Microsoft being purchasing PUBG Corp seems more likely given the partnership to bring the game on Xbox One.  Thoughts ?
Posted by 9To5TechNews at 7:47 PM