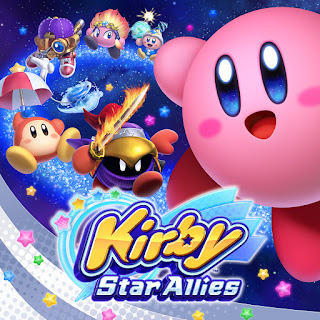 During the Nintendo Direct, the company announced that the new Kirby game for Switch now has a true title and a release date. The game is called Kirby Star Allies and it releases on Switch March 16. The game is co-op focused and has new abilities like an artist power and a spider power. Using your powers it tandem with your co-op partners also creates new ways to use abilities.