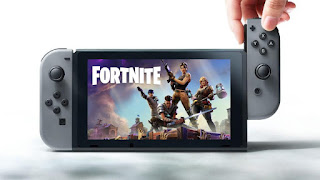 It looks like Fortnite could eventually be developed for Nintendo Switch. As a response to a fan who wants this to happen, Epic Games creative director Donald Mustard expressed interest in bringing the title to the console. Fortnite is an action building game in which players can explore a destructible world where no two games are ever the same, build massive forts and craft weapons.