A New 2D Metroid Is Rumored To Be In Development 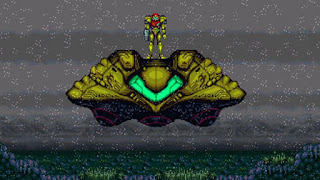 
At first glance, all this information may seem like nothing more than lies from a random user on the internet. But as it turns out, this user has been right before. Mocolostrocolos revealed what would be Metroid: Samus Returns with 100% accuracy. Mocolostrocolos mentioned in multiple posts that it was a Metroid 2 remake coming to the 3DS. Mocolostrocolos even predicted Nintendo’s confirmation of the game just a few days before it happened. Because of this, the user has some credibility, and that makes this rumor all the more interesting. Nevertheless, Nintendo hasn’t said anything yet. Only time will tell. Thoughts ?
Posted by 9To5TechNews at 11:56 PM