Payday 2 Is Coming To Nintendo Switch In February 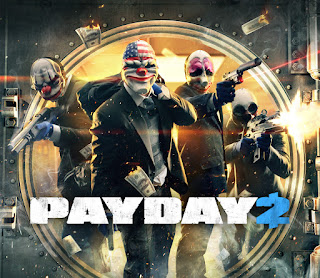 Nintendo Switch fans will be able to get there hands on Payday 2 on February 23rd in Europe and February 27th in North America. It will be available both digitally and also physically through distribution on cartridge by 505 Games.


“With more than 5.4 million community members on the main PC digital distribution platform Steam, PAYDAY 2 have had more than 160 paid and free updates since its release in 2013. First launched in 2011, PAYDAY is a cooperative first-person shooter computer and video game franchise with more than 16 million units sold on PC, SteamOS, PlayStation 3, Xbox 360, PlayStation™ 4 and Xbox One, soon coming to the Nintendo Switch system. PAYDAY 2 VR is now also available in beta for HTC Vive and other headsets on Steam.”
Posted by 9To5TechNews at 4:55 AM