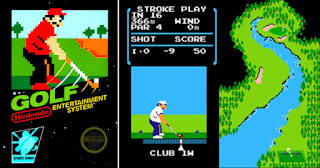 A few months back modders discovered the Switch’s emulator where a file called ‘Flog’ was stumbled upon. Flog turned out to be NES Golf and was actually playable with even support for two Joy-Con’s. Now, for reasons unknown, by updating the Nintendo Switch to version 4.0.0, NES Golf is nowhere to be seen. Coming from Switchbrew.org, here’s an explanation of what can be found in its place after the console is updated to version 4.0.0.

* [[Flog]] was stubbed: official code for launching it was removed from [[qlaunch|the home menu]], and *all* code was overwritten with garbage. Thus, even attempts to launch it manually will result in [[Loader services|loader]] returning error 0xA09