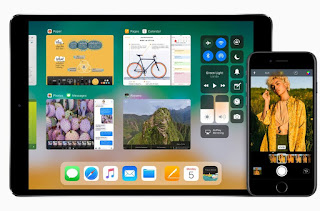 Apple has released iOS 11.1.2, which addresses an issue in which some iPhone X models became unresponsive in cold weather. The update also:

The iOS 11.1.2 update can be downloaded for free on all eligible devices over-the-air in the Settings app. Go to Settings --> General --> Software Update.
Posted by 9To5TechNews at 2:02 PM