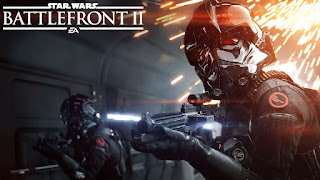 EA has removed buyable crystals from Star Wars: Battlefront II after a sustained and heated backlash against the virtual currency took over social media.
The game no longer supports buyable crystals, the game's virtual currency which unlocks heroes and lootboxes in the game. What this means is that the game is no longer pay-to-win as players can not just purchase crystals to get stronger heroes and crate rewards faster. This also means they are only able to be earned through in-game grinding.


In the blog post announcing the change, DICE general manager Oskar Gabrielson said that they would turn buyable crystals on once they have figured out a solution to make players happy. You can find the official announcement below.
Posted by 9To5TechNews at 9:00 PM