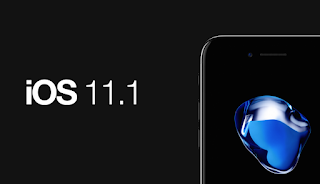 iOS 11.1 is here and it brings a number of bug fixes, improvements, and over 70 new emoji. For those with iPhones that have 3D Touch built in, you'll be happy to know that the 3D Touch gestures are back for accessing the iOS App Switcher. The update also provides support for Friday's release of the iPhone X to the general public. iOS 11.1 should appear in Settings > General > Software Update.
Posted by 9To5TechNews at 7:37 PM