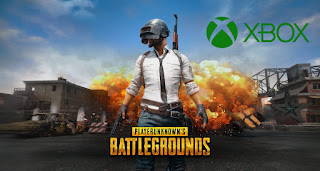 In an interview with GameSpot, Head of Xbox Phil Spencer says he's not too pleased by the practice of paying for console exclusive content.
"I don't love the idea or practice of us paying so other platforms can't play or use a certain gun in a game or do a certain level". "I know I say that and, Xbox history – DLC exclusivity windows with Call of Duty – I understand the fingers are pointing right back to Xbox. I can only be who I am. It's not the best PR answer. But I don't like that." Spencer also talked about Cuphead, which it saw as too good to pass up. "When there are games that come along, Cuphead is a good example, and the team had certain ambition about what they wanted to go do," he said. "And together with them we wanted to invest more. We saw more opportunity. And what that turned into was us having an exclusive game on our platform. That's a game that probably wouldn't have happened the way it did if we didn't invest the way we did."


I find it amusing how Phil talks about not being a fan of this practice, yet Xbox is guilty of doing this over the years. From Call of Duty Modern Warfare 2 until Advanced Warfare, DLC for those games were exclusive to Xbox for 30 days. For a more modern example, PlayerUnknown’s Battlegrounds will be a console exclusive when it releases later in the year. This practice is unavoidable with video games if you want to be on top. But those are just my thought, what’s yours ?
Posted by 9To5TechNews at 10:25 PM