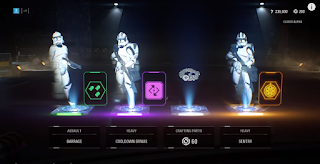 The Entertainment Software Rating Board (ESRB), the  ratings lord for video games, has declared that it doesn't see loot boxes as gambling. In a statement sent to Kotaku, an ESRB spokesperson said:
While there's an element of chance in these mechanics, the player is always guaranteed to receive in-game content (even if the player unfortunately receives something they don't want). We think of it as a similar principle to collectible card games: Sometimes you'll open a pack and get a brand new holographic card you've had your eye on for a while. But other times you'll end up with a pack of cards you already have.
The organization's distinction is important because games with the content tag of Real Gambling automatically receive an Adults Only (AO) rating, which can cause a game to tank at retail stores.


The topic of loot boxes has resurfaced recently with titles like Middle-earth: Shadow of War, Forza Motorsport 7, Overwatch, Destiny 2, Star Wars: Battlefront II and more using them in various ways to tempt gamers with microtransactions. Thoughts ?
Posted by 9To5TechNews at 11:34 PM