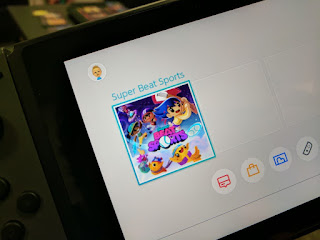 After being delayed Super Beat Sports is now landing on the Nintendo Switch eShop this Thursday (November 2). The news was welcomed by fans on Twitter with Harmonix pointing toward their icon for the title in the picture you can see below. Super Beat Sports is described as a collection of five sports-themed minigames with a twist, everything is musical in that players will need to swing, volley and score to the music in order to come out on top.

What's this? Oh, just the sweet icon you'll be seeing a lot of when #SuperBeatSports launches on Nintendo Switch this Thursday! pic.twitter.com/jRr4ha7iUB
— Harmonix (@Harmonix) October 30, 2017