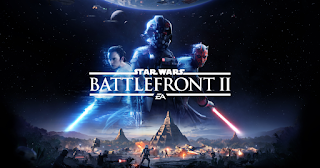 The beta for Star Wars Battlefront II is launching on October 4 for those who pre-order and opens up on October 6 for everyone, and then ends for everyone on October 9. The different modes in the beta will be Assault on Theed, Strike on Maz's Castle, Starship Assault on Fondor and Arcade Mode. Players who participate in the beta can load up the full game and get a loot crate which includes credits, a Darth Maul emote, and a Storm Trooper card. Check out the beta trailer below. Star Wars Battlefront II releases on November 14 for PS4, Xbox One, and PC.