Nintendo Switch Has Sold Over 7.6 Million Units As Of September 2017 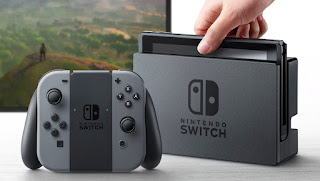 There’s no disputing that the Nintendo Switch has been a huge success for Nintendo. Speaking during their 2nd quarter financial results, the  company has revealed that they have sold over 7.6 million Switch units as of September 2017. That means the console has sold more than half the sales the Wii U made in its entire lifetime worldwide.
Posted by 9To5TechNews at 3:08 PM