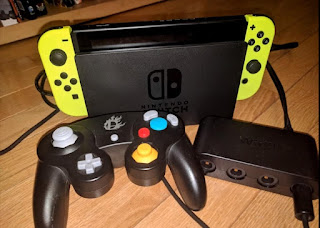 
In our latest system software update, it enables third-party peripherals to work on Nintendo Switch. As a result, the peripheral for Wii U that allows it to attach GameCube controllers also works. I think it’s fair to say, Stephen, that that peripheral working was as much a surprise to us as it was to consumers.
Posted by 9To5TechNews at 10:23 AM