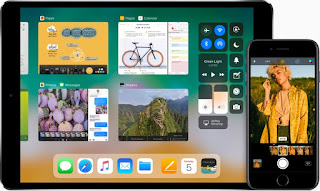 Apple has released iOS 11.0.3. It can be downloaded for free on eligible devices over-the-air in the Settings app. To access the update, go to Settings --> General --> Software Update. According to Apple, iOS 11.0.3 fixes an issue where audio and haptic feedback would not work on some iPhone 7 and iPhone 7 Plus devices. It also addresses an issue where touch input was unresponsive on some iPhone 6s displays because “they were not serviced with genuine Apple parts.”
Posted by 9To5TechNews at 12:23 AM