The Legend of Zelda: Breath Of The Wild Champion Amiibo Detailed 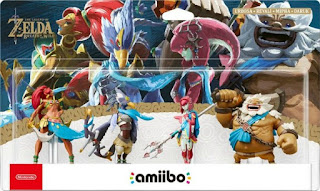 During the September 2017 Nintendo Direct video presentation, Nintendo revealed details on the Champion Amiibo for The Legend of Zelda: Breath of The Wild.  The 4 Champion Amiibo, based off the 4 Champions from the main game, will function much like every other Amiibo does within the game by generating items from the sky. The major way this set differs, however, is that each separate Champion will also drop pieces for a helmet based on that Champion's Divine Beast. Details of what those helmets do has not been revealed yet. The Amiibo will be released on November 10, which is a good bet for the window for the Champion's Ballad DLC. 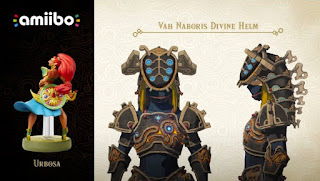 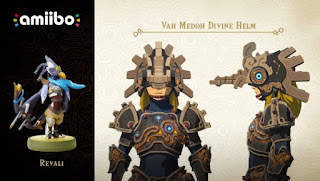 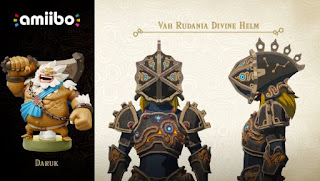 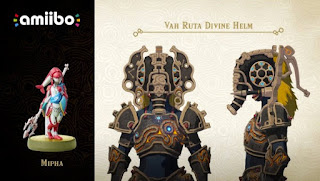 Email ThisBlogThis!Share to TwitterShare to FacebookShare to Pinterest
Labels: Amiibo, Nintendo, Nintendo Switch, The Legend Of Zelda, The Legend of Zelda: Breath of The Wild