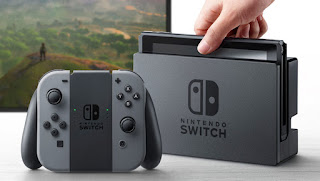 Mat Piscatella, who is an Industry Analyst at the NPD Group, has revealed that Nintendo Switch physical software sales in the United States are currently on track to be Nintendo’s biggest launch year since 1995 when NPD started tracking. Thoughts ?

Switch US physical SW sales are on pace to be the biggest ever for a Nintendo platform launch year since '95, by a fairly large margin.
— Mat Piscatella (@MatPiscatella) September 28, 2017