It’s Been Confirmed, Mario is Punching Yoshi In The Head In Super Mario World 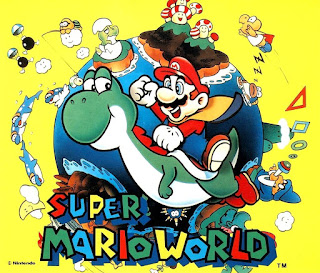 On the official Nintendo website, Nintendo developers Takashi Tezuka and Shigefumi Hino were interviewed about the creation of Super Mario World. During the interview, the longstanding debate regarding Mario’s animation when he’s riding Yoshi was brought up. People have often debated whether Mario was pointing at Yoshi to command him to use his tongue, or if in fact, he was punching Yoshi in the back of the head.
Hino has cleared this up, by explaining what he meant in his original drawings. “Lots of people think that while Mario is pointing his finger forward, he’s saying ‘Go,’ and Yoshi’s tongue comes out,” said Hino. “However, the set up that I drew was that when Mario punches Yoshi in the head, the character’s tongue shoots out in surprise.” “What’s more,” Hino continued, “there’s an added ‘bop’ sound. However, it seemed like people would say ‘Poor Yoshi,’ so that’s why it became that Mario is saying ‘Go.'”


Thoughts ? All this time I though Mario was just pointing forward.