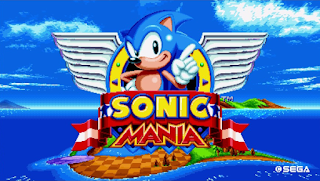 Sonic Mania is out in just a few days, which means leaks are bond to happen. As a response to the games entire animated being leaked, Sega has released the intro on their own. Sega also held a livestream today, where they announced that Sonic Mania would be delayed on PC until August 29th, but that pre-purchases would get Sonic the Hedgehog 1 as compensation.
Posted by 9To5TechNews at 12:24 AM