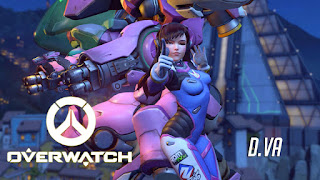 Blizzard principal designer Geoff Goodman took to the Overwatch forums on Battle.net to discuss some of the changes that Blizzard has been tinkering with for D.Va. Goodman appeared in a thread titled "D.Va Rework ideas thread" where several community members were discussing how they'd propose Blizzard shuffle things up with the mech-based character. Goodman began by saying that the team has been working on changes internally for a while now, before outlining what some of the proposed alterations are. You can see the changes in his words below:


These are just proposed changes, and that when these changes make it to players, they might be different. Goodman says he hopes that Blizzard can get a new PTR up soon for PC players to check out these changes.
Posted by 9To5TechNews at 1:42 PM