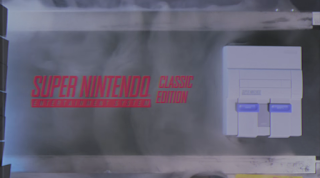 There’s a huge amount of hype surrounding the release of the SNES Classic. To keep the hype train rolling, Nintendo have released a feature trailers showing off what the console can do. One feature is Rewind. This feature lets players rewind their gameplay to retry a tricky section, pick up missed items or simply run through an area again to see if anything was missed. In addition, you can also change the frame on the screen that’s wrapped around the game you’re playing. Check out the feature trailers below.