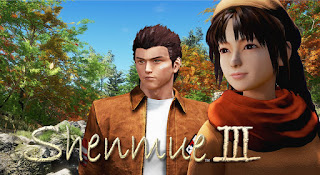 Deep Silver has announced that it will be publishing Ys Net's upcoming game Shenmue III. The game's Kickstarter was announced onstage at Sony's 2015 E3 press conference and  raised more than $6 million. The deal includes both physical and digital releases of the PlayStation 4 and PC game, which is currently planned to be released in 2018.
Posted by 9To5TechNews at 5:03 PM