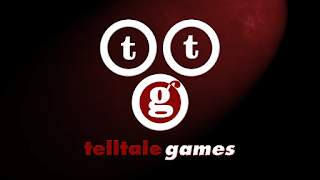 According to EuroGamer, Telltale won’t be returning to The Wolf Among Us and Tales from the Borderlands any time soon, as the studio says it has no immediate plans to release future seasons for either series. With SDCC (San Diego Comic-Con) coming up (July 20th to be exact), Telltale's Job Stauffer took to Twitter to explain the fates of both series. When discussing Bigby Wolf's voice actor, Adam Harrington, Stauffer wrote on Twitter, "I worry about people getting their hopes up in the wrong direction."
EuroGamer reached out to Telltale, receiving a more detailed response about both games and whether each series' finale cliffhangers would ever see a clearer resolution. When asked about The Wolf Among Us, Stauffer told EuroGamer that, "Something I've always wanted to admit is that while we do have a clear answer to who was who at the end of that story... we had also agreed to keep it a mystery for the fans to ponder on their own." He went on to explain that if the team did decide to revisit the series, it would likely be an entirely new chapter unrelated to season one's events. As for Tales from the Borderlands, Stauffer provided the following quote:
“While there are currently no plans for us to continue the story on the Telltale side, we do know that our friends at Gearbox and 2K are hard at work on what's next for the Borderlands universe. We know that also means if anything happens Rhys, Fiona and the gang... the ball is in their court to see whether they will or will not be explored again in any possible future entry into that universe. We're big fans of Borderlands as well, obviously, so here's hoping Tales isn't the last we'll ever see of those characters!”


Telltale has teased that its planning to announce some big news during SDCC later this week. Whatever they announce, you can found out here.
Posted by 9To5TechNews at 10:58 PM

Email ThisBlogThis!Share to TwitterShare to FacebookShare to Pinterest
Labels: Tales from the Borderlands, Telltale, The Wolf Among Us