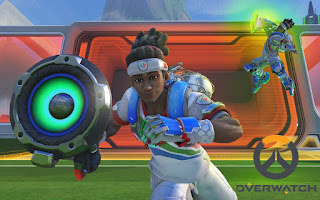 A 3v3 game where all players are Lucios. The goal is to get the ball into the net and defend your goal from the other team. It's been speculated that Lucioball and Summer Games will return this summer, and these new achievements all but confirm it. Blizzard has not yet mentioned the return of Summer Games, but many expect it to arrive sometime in August. Nationality-inspired Overwatch skins were released alongside the Summer Games event last year, and it's unclear if they will return again. This isn't the first time Microsoft has leaked an Overwatch event on Xbox One. Back in April, an image from the Overwatch Uprising event was displayed on Xbox Live before the event went live. These definitely aren't the old achievements from last year, either. Not one player has unlocked the achievements yet. Thoughts ? Are you excited to see Lucioball return ? I know I am.
Posted by 9To5TechNews at 1:45 PM