Blizzard No Longer Supporting Windows XP Or Vista For Their Games 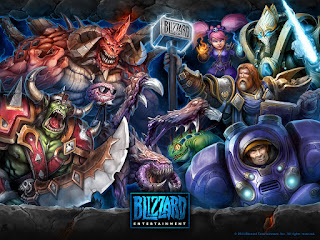 If you’re a blizzard fan and are still running Windows XP or Vista, then it may be time to upgrade. Blizzard has announced that they will no longer support those operating systems come October, World of Warcraft, StarCraft II, Diablo III, Hearthstone and Heroes of the Storm are the games that will be effected.

"Microsoft ceased mainstream support for these versions of Windows in 2009 and 2012, respectively, but since a decent portion of our audience was still using them at the time, we continued supporting them," the announcement reads. "However, there have been three major Windows releases since Vista, and at this point, the vast majority of our audience has upgraded to one of the newer versions."
Posted by 9To5TechNews at 11:14 PM